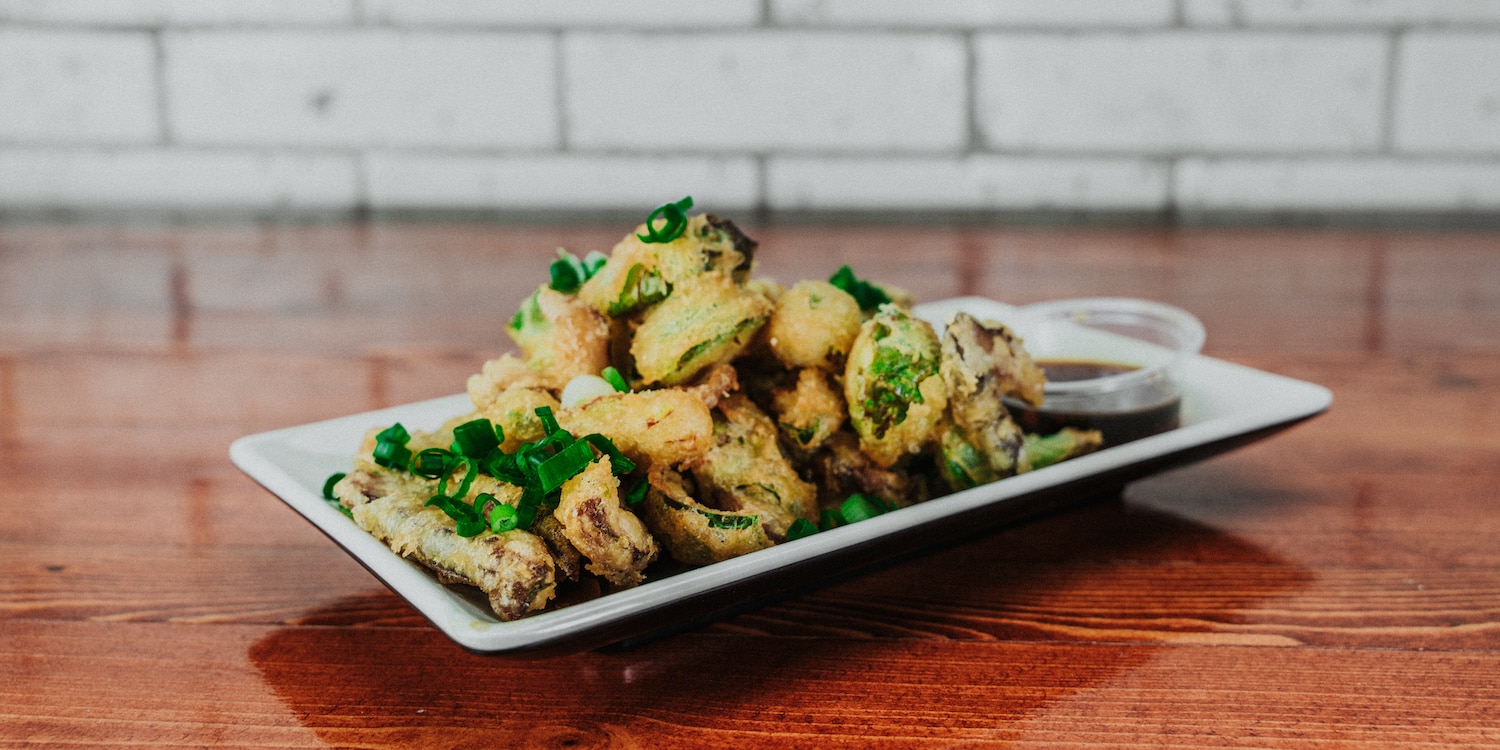 If you have dined at a Japanese restaurant, you have likely come across tempura items on the menu. Along with sushi, it is one of the most popular Japanese dishes served outside of Japan. But what is tempura, where did it come from, and what makes people choose it over other fry batters?

Tempura is a fry batter most commonly used in Japanese cuisine. Traditionally, it is made from a combination of flour, egg yolks, and cold water. Some more modern takes on the batter include ingredients like starches and baking soda. Spices can also be added to the mixture for a unique flavor.

Once the batter is made, it is then fried in vegetable oil, creating its signature crispy texture and light, golden hue.

There is really no limit to what you can fry in tempura batter, but some popular options include seafood (shrimp, prawns, and squid) and vegetables (carrots, sweet potatoes, and mushrooms).

The leftover fried tempura batter is also a delicacy in itself. These tempura flakes can be used as a topping for other dishes, including sushi.

Where Did Tempura Come From?

Although tempura is most commonly associated with Japan, it actually originated in Portugal. It is believed that Portuguese merchants introduced their Western styles of cooking to the Japanese through trade in the 1500s.

With these cooking styles came the method of frying food after coating it in flour. Frying foods in Japan was uncommon during this time because of the price of oil. However, this recipe caught on quickly.

The Japanese took this frying style and modified it to their liking. It started out as a between-meals snack commonly sold by street vendors. As its popularity continued to grow, tempura started accompanying rice and noodles as the main dish. Today, tempura is a Japanese cuisine staple.

Frying foods in tempura is different from other frying batters for a number of reasons, including:

Satisfy your tempura craving with Fat Noodle’s Fat-Snack option of tempura brussels sprouts and shiitake mushrooms with a chili dashi sauce. Pair it with a bowl of real-deal ramen or a ramen burger with a house noodle bun.

Enjoy a meal from Fat Noodle at our restaurant location or in the comfort of your own home with pickup or delivery options through Grubhub and DoorDash.