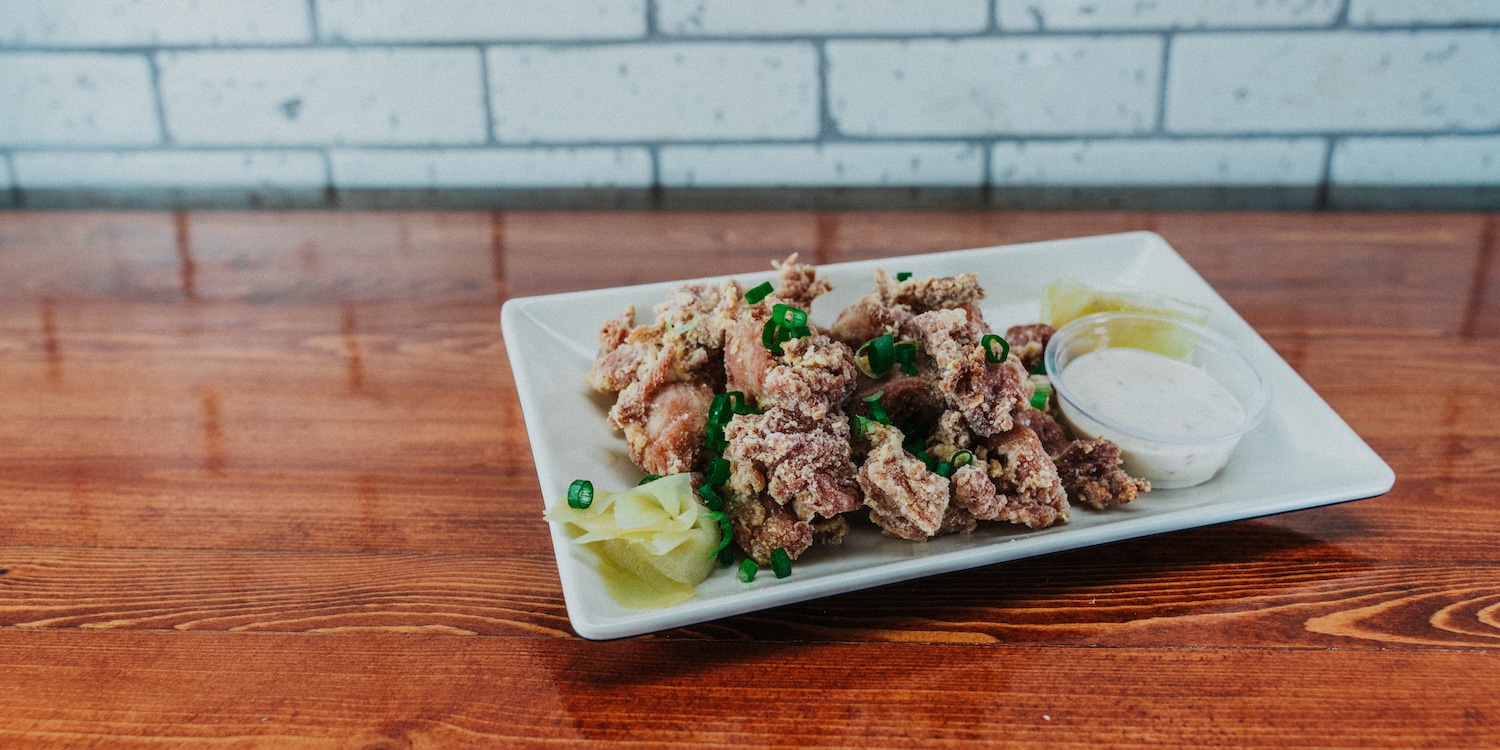 Karaage (pronounced kah-rah-ah-geh) is a Japanese cooking technique where a protein or vegetable is marinated, dredged in flour, then deep-fried. It is a staple of Japanese home cooking and one of the most popular items in a bento box. While it is similar to both tempura and fried chicken, karaage has its own unique history and cooking techniques.

The History of Karaage

Even though karaage didn’t make its first appearance in restaurants until the early 1920s, the cooking technique dates back to the 1600s. Karaage is believed to have emerged in the Edo period in Japan along with tempura. At this time, it was commonly found served on skewers as street food. It was also often sold in convenience stores and pubs because the nobility was unaccustomed to the taste of fat.

After World War II, major food shortages in Japan made feeding a large population at a low cost a necessity. The combination of chicken, flour, and oil of karaage made for a dish that was easy to prepare on a budget. Today, karaage is still a mainstay of food stands, as well as a staple on any Japanese menu.

How Karaage is Made

Karaage is most often made using chicken, but the technique can also be done with fish or vegetables. Boneless meats cut into thin strips or bite-sized pieces work well to make the dish. Using skin-on chicken thighs will add a layer of fat that makes karaage even juicier. You can also prepare chicken wings with karaage batter in a variation called nankotsu karaage.

Making karaage only takes three steps. The first step is to marinate your chicken or ingredient of choice. The marinade usually includes a combination of soy sauce, sake, garlic, ginger, and sesame oil. How long you marinate the chicken depends on how salty you want the dish to be.

The meat is then coated in flour or starch, most commonly potato starch. Lightly coating your chicken in flour will give you a thin, crisp shell, and a thicker coating creates a stronger texture.

Finally, the karaage is fried in a mixture of vegetable oil and sesame oil. Karaage only needs to sit in the oil for a few minutes to make it crisp on the outside and juicy on the inside. The dish can be double-fried, depending on how crispy you want it to be. It is often served with a lemon wedge on the side along with dipping sauces.

Karaage is most well-known as a flavorful take on fried chicken, but the two dishes differ slightly. The main thing that sets karaage apart from fried chicken is the batter. While fried chicken uses flour or beer batter, karaage uses potato starch.

Karaage and fried chicken also differ in how they are made. The spices used to flavor fried chicken are mixed into the flour, while karaage gets its flavor from the ingredients it is marinated in.

Satisfy your karaage craving today at Fat Noodle. Our karaage bowl is packed full of bok choy, bean sprouts, green onions, pickled ginger, and wasabi sauce. It also comes with your choice of house noodles or rice. We also offer a Fat-Snack version of our karaage with a side of ponzu mayo, or you can add it to a bowl of ramen.

Order from Fat Noodle today through our restaurant location or one of our delivery options.