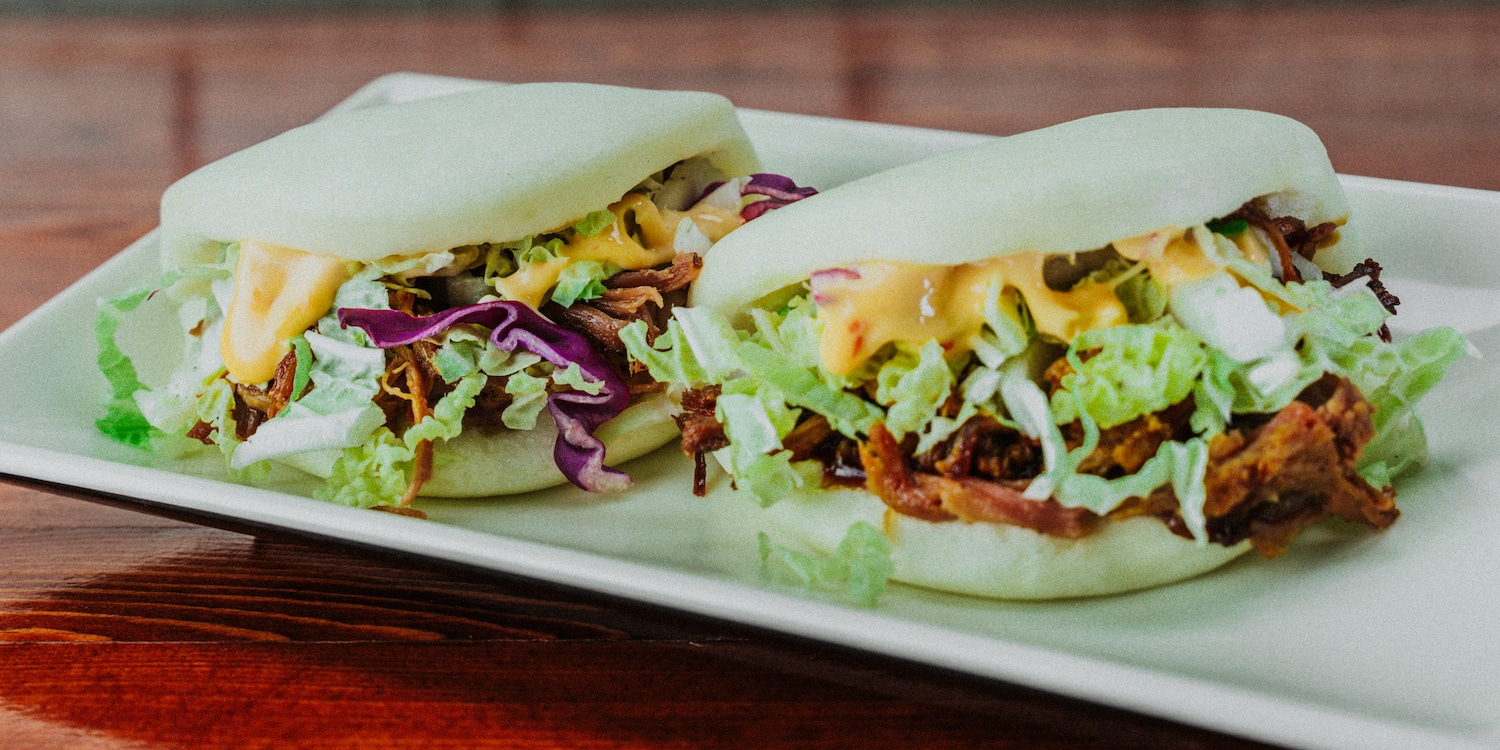 What Are Bao Buns?

Dumplings have dominated the Asian street food scene for centuries, but a new dough snack is on the rise: bao buns. Also known as steamed buns or baozi, this fluffy bun is a cousin to the dumpling that brings its own unique flavor to the table. Whatever you like to call them, bao buns are becoming a staple on Asian restaurant menus around the world.

History of the Bao Bun

Bao buns (steamed bread packed with different fillings) are a Chinese delicacy that dates back hundreds of years. They originated as a main course in Northern China, rumored to have been popularized by a military strategist.

They thrived in this region because wheat was the staple crop rather than rice. While they are typically eaten for breakfast in China, they can be filled with different ingredients for lunch and dinner options. A good bao bun has a flavorful, juicy filling that compliments the soft and springy bun.

How Bao Buns Are Made

First, the dough is mixed, kneaded, and risen for over an hour. After it has risen, the dough is divided into even pieces that are rolled into balls. They are then flattened into ovals and brushed with oil.

The buns are then left to rise a second time before they are filled. Popular fillings include pork belly, veggies, and potatoes, but you can use almost anything. Bao bun dough has a sweet flavor to it, so savory fillings are the most popular.

Lastly, the buns are cooked in a bamboo steamer, which gives them a sweet scent.

Places like Taiwan, Shanghai, and Hong Kong each have their own take on the dish.

A few recipes commonly seen on restaurant menus are:

Although they are both in the pastry family, there are a few differences between bao buns and dumplings. This includes how the dough is made, their shape and size, and how they are cooked.

Dumpling dough is made from just two ingredients, water and flour. Bao buns have a more complex dough recipe in comparison, which includes flour, yeast, sugar, baking powder, milk, and oil. The extra ingredients help to thicken the dough.

Dumplings are shaped like a crescent, while bao buns have more of a pouch shape. Dumplings are often smaller than buns. This is because the buns are folded differently and the double rising technique makes them double in size.

Dumplings are cooked by boiling or frying them in a pan. Bao buns are most commonly steamed in a bamboo basket. However, they can also be pan-fried with water to create a crispy bottom and moist top.

After reading all about bao buns, why not give them a try? Fat Noodle offers bao buns with chashu, karaage, or tofu as one of our Fat-Snack options. They make a great appetizer to eat before a real-deal ramen entrée.

Visit Fat Noodle Ramen House today, or order through one of our delivery options.