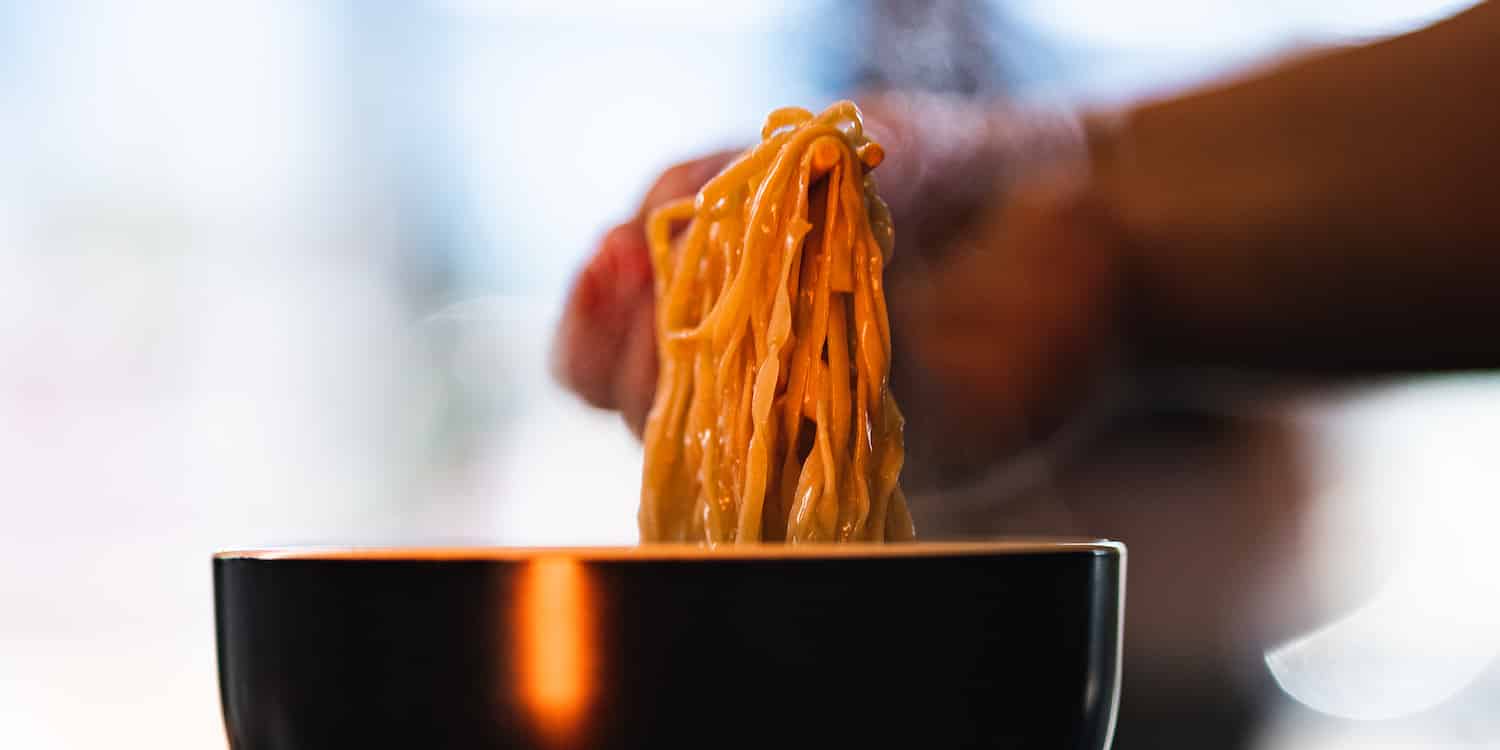 The History of Ramen

Ramen has become synonymous with a late-night meal for broke college students. The noodle dish wasn’t always an instant classic. Instead, it was cultivated for centuries to get to the point it is at today.

So, how did ramen become a mainstay meal worldwide? Let’s dive into the history of the dish and find out.

It is a common misconception that ramen originated in Japan. While it is the country’s most popular dish today, ramen noodles actually came from China. Ramen is an adaptation of a popular Chinese noodle dish called lamian, which is a type of soft noodle made from wheat flour.

Lamian was introduced to Japan by Chinese immigrants in the early 20th century. The first dedicated ramen shops began opening around 1910. Early iterations of ramen were also sold by street food vendors as an easy-to-make dish that was filling for working-class citizens.

After World War II, vendors were outlawed from selling food due to significant ration shortages. This led to a distribution of ramen noodles on the black market, which thousands of vendors were arrested for.

College students everywhere have Momofuku Ando to thank for their instant ramen noodles. In the 1950s, Ando experimented with a ramen recipe that was easy to preserve for working-class citizens after the food shortage ended. He started by dehydrating noodles, then flash-frying them, eventually perfecting instant noodles that can be made using boiling water.

Today, Ando’s legacy is carried on through the 100 billion servings of instant ramen noodles that are consumed annually around the world.

While ramen got its start in China, it was the Japanese that popularized the dish and made it their own. Early ramen noodle dishes were known as shina soba, meaning “China noodles.” The term ramen is loosely derived from the Japanese pronunciation of lamian.

Ramen in Japan is made through different combinations of a broth base, textured noodles, and a variety of toppings. Popular gourmet bases are miso (miso-based broth), shoyu (soy sauce-based broth), and tonkotsu (pork bone salt-based broth).

While all ramen noodles are made from flour, they can vary in appearance. Some noodles are thin and straight, while others are thick and curly. The broth and noodles are elevated by adding traditionally Japanese toppings, such as kelp, bamboo shoots, and bean sprouts. Popular protein options include pork, beef, fish, and fried eggs.

In the 1990s, ramen houses popped up all over Japan and became go-to destinations for locals and tourists alike. Today, there are upwards of 25,000 ramen shops open in the country. In Tokyo alone, there are more than 5,000 restaurants selling the dish, making it the ramen capital of the world.

Arriving in the United States

Japan’s popularization of ramen soon spread to the rest of the world. In the 2010s, cities in the United States like San Francisco, Los Angeles, and New York City saw a rapid increase in the number of ramen shops opening. Instant ramen noodles also saw an increase in popularity around the same time. As of 2019, the US consumes around 14.2 million servings each year.

You don’t have to travel to Japan to enjoy the taste of authentic ramen noodles. Fat Noodle makes Sonoran wheat noodles from scratch every day. Pair a fresh bowl of ramen with one of our Fat-Snacks or Fat Burgers with a house-made noodle bun. Grab yours today at our Tucson restaurant, or get it delivered to your home with GrubHub and DoorDash.